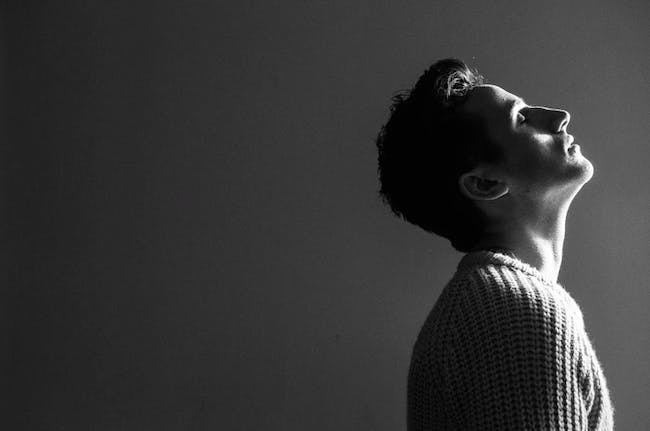 Aaron Rizzo is a singer-songwriter, multi-instrumentalist and producer born and raised in Rochester, NY. Self recorded, mixed and produced, Aaron Rizzo's debut album "Blck Tee Shrt" hit stores on January 15th, 2017. Since it's release, Blck Tee Shrt has received public acclaim as well as the attention of fans of all genres.

Aaron Rizzo began his musical career playing in a multitude of bands, later graduating into a pursuit of a solo career. With an ear naturally keen to melody and harmony, Rizzo began playing guitar at the age of nine. He subsequently hunted proficiency in other instruments like voice, piano and production techniques. Aaron Rizzo draws much of his influence not from guitar players, but drummers. Influence from groove-based drummers like Steve Jordan, Mike Miley and Nate Smith have all made their way into Rizzo's musical works.

Currently a resident of NYC, Aaron Rizzo is in the midst of creating his sophomore album. To be released in multiple installments, each wave of new music off of the new album aims to capture a different corner of the human mind and experience. Rizzo's debut album "Blck Tee Shrt" is available on iTunes, Spotify, Apple Music, Tidal, Amazon Music & aaronrizzomusic.com.