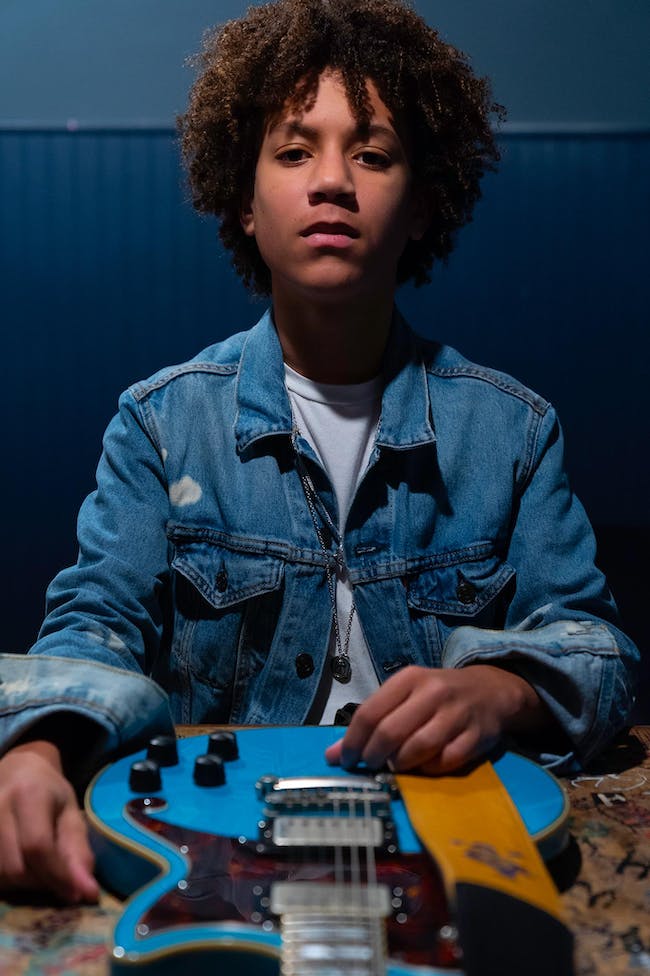 Sixteen-year-old Brandon Niederauer, nicknamed “Taz” for his ferocious guitar playing, is living proof that dreams really do come true. Having performed in some of the most legendary venues in America with many of the most prominent musicians of our time, the young guitarist, singer, and songwriter has already earned himself quite the reputation.

It all started at eight years old, when Brandon watched the movie School of Rock. Already inspired by his father’s record collection, Brandon instantly realized he was destined to play guitar. From that moment on, his guitar rarely left his hands. Just four years later, Brandon was cast in the principal role of guitarist “Zack Mooneyham” in the Tony Award-nominated Andrew Lloyd Webber Broadway production, School of Rock the Musical.

Since making his national television debut on The Ellen DeGeneres Show at just ten years old, Brandon has appeared on The Late Show with Stephen Colbert, Good Morning America, and The View. In 2018, Brandon reunited with Andrew Lloyd Webber, performing in January with Sarah Brightman at The Phantom of the Opera’s 30th Anniversary celebration, and in April alongside Sara Bareilles, Alice Cooper, and John Legend in NBC’s live broadcast production of Jesus Christ Superstar. Brandon is currently featured in Spike Lee’s Netflix series, She’s Gotta Have It, and performs concerts for audiences across the country and around the world.

Aaron Rizzo is a singer-songwriter, multi-instrumentalist and producer born and raised in Rochester, NY. Self recorded, mixed and produced, Aaron Rizzo's debut album "Blck Tee Shrt" hit stores on January 15th, 2017. Since it's release, Blck Tee Shrt has received public acclaim as well as the attention of fans of all genres.

Aaron Rizzo began his musical career playing in a multitude of bands, later graduating into a pursuit of a solo career. With an ear naturally keen to melody and harmony, Rizzo began playing guitar at the age of nine. He subsequently hunted proficiency in other instruments like voice, piano and production techniques. Aaron Rizzo draws much of his influence not from guitar players, but drummers. Influence from groove-based drummers like Steve Jordan, Mike Miley and Nate Smith have all made their way into Rizzo's musical works.

Currently a resident of NYC, Aaron Rizzo is in the midst of creating his sophomore album. To be released in multiple installments, each wave of new music off of the new album aims to capture a different corner of the human mind and experience. Rizzo's debut album "Blck Tee Shrt" is available on iTunes, Spotify, Apple Music, Tidal, Amazon Music & aaronrizzomusic.com.