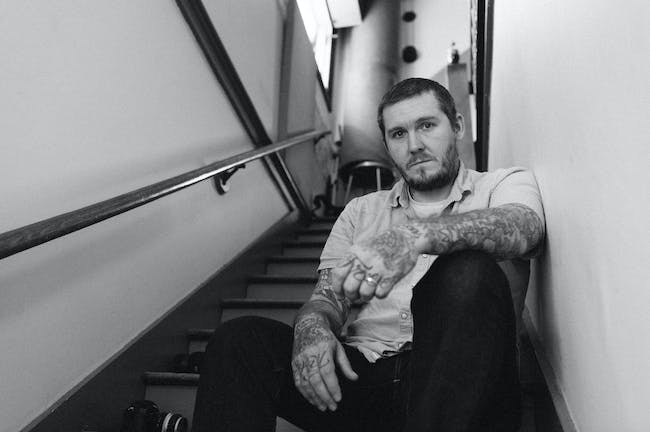 The Brian Fallon & The Howling Weather show scheduled for April 3rd has been postponed. We are working on a new date and will announce as soon as possible. All tickets for the original date will be honored for the new dates. If you have questions or would like a refund now, please contact Eventbrite at https://www.eventbrite.com/support

Justin Townes Earle has done a lot of living in his 37 years. For starters, there’s the quick-hit bullet points about his childhood that seem to get dredged up in every interview, article or review about the singer-songwriter and guitarist: Born the son of Steve Earle, who was largely absent during Justin’s childhood; struggles from a young age with addiction and numerous stints in rehab; long stretches of itinerancy and general juvenile delinquency; a youth he once said he was “lucky to have gotten out of alive.”

That’s before we get to the years spent honing his craft in Nashville bars and on club stages allover the world; the various bands, record labels and industry types that have been drawn toward and, at times, pushed away by him; and, finally, the celebrated and rather formidable body of work he has amassed since releasing his critically-acclaimed 2007 debut EP, Yuma.

It’s a seemingly bottomless well of material for a singer-songwriter to mine out of just three decades or so of life. And Earle at times has—most recently on his 2017 album, Kids in the Street , which the artist calls “one of the more personal records I’ve ever made.

”But when it came to his newest effort, The Saint of Lost Causes , Earle, these days sober, married and father to a baby girl, chose to focus his gaze outward. “Maybe having a kid has made me look at the world around me more,” he says.

As for how he felt after doing that?

“Frankly, I was horrified,” he says bluntly. Although, he adds, “I already sorta was, anyway.”

Make no mistake: there’s nary a party, PBR or pickup truck to be found in any of the 12 tracks onThe Saint of Lost Causes . Rather, Earle is focused on a different America—the disenfranchised and the downtrodden, the oppressed and the oppressors, the hopeful and the hopeless. There’s the drugstore-cowboy-turned-cop-killer praying for forgiveness (“Appalachian Nightmare”) and the common Michiganders persevering through economic and industrial devastation (“Flint CityShake It”); the stuck mother dreaming of a better life on the right side of the California tracks(“Over Alameda”) and the Cuban man in New York City weighed down by a world of regret (“AhiEsta Mi Nina”); the “used up” soul desperate to get to New Orleans (“Ain’t Got No Money”) and the “sons of bitches” in West Virginia poisoning the land and sea (“Don’t Drink the Water”).These are individuals and communities in every corner of the country, struggling through the ordinary—and sometimes extraordinary—circumstances of everyday life.

“I was trying to look through the eyes of America,” Earle says. “Because I believe in the idea of America—that everybody's welcome here and has the right to be here.”

Earle tells these American stories in detail and without judgement. But he also lays out his point of view right from the start. The Saint of Lost Causes kicks off in stark fashion with the title track, on which JTE, over a desolate soundscape of acoustic guitar, deliberate snare hits and moaning pedal steel, presents a harsh vision of the world in plain spoken, almost biblical terms: "Got your sheep / got your shepherds / got your wolves amongst men,” he intones, before asking, “Throughout time / between the wolf and the shepherd / who do you think has killed more sheep?”

“That's kind of like the spooky leftist conspiracy theorist in me,” Earle says with a slight laugh, before turning serious. “But the fact is, if you look around, we live in a time where one of the number-one threats to an inner-city black youth is a police officer. It’s just bizarre. So I think sometimes how we forget how animal we are. We look at ourselves as this sort of higher-functioning being, but we miss the mark quite often at being civilized and such.”

He points to another track, the slide-guitar-and-harmonica assisted “Don’t Drink the Water”(“Folks gettin’ sick, talkin’ women and children / ask the man on the stand what he thinks killed‘em”), as a further example of man’s disregard for his fellow man. “Several years ago one of [ coalCEO and former Republican primary candidate for Senate ] Don Blankenship's companies leaked a bunch of chemicals into the river outside of Charleston, West Virginia, and there’s still areas where if people take a bath they’ll get lesions on their skin,” he explains of the song’s subject matter. “We live in the richest per-capita country in the world, and we have people who can't bathe in the fucking water. Much less drink it.”

While that song and others like “Flint City Shake It”—where, over a boogie-woogie rhythm, Earle chronicles the decline of the city’s once vibrant auto manufacturing industry (“Then trouble come in ’86 / this son of a bitch named Roger Smith / cut our throat with the stroke of a fountain pen”)—cite historical events, other tracks present fictionalized narratives that are no less harrowing or true-to-life.

Take the haunting “Appalachian Nightmare,” on which Earle spins a first-person account of how a landscape of little opportunity combined with a few bad decisions can quickly lead to a premature, and literal, dead end. “It's a fictional story, but it's a story we've heard a million times growing up in the South,” he says. “I remember back in the late Nineties we had what they called the ‘Oxycontin Wars,’ which was, like, hillbillies armed to the teeth robbing the shit out of drug stores. People went buck wild and it destroyed a lot of lives.”

But Saint of Lost Causes is not all doom and gloom. There are also moments of calm, both musically and lyrically, where Earle pulls back to admire the beauty of the world around him. On the languid “Mornings in Memphis” (“one of my favorite songs on the record”), he watches the sun rise, takes a stroll down Beale Street to the banks of the Mississippi, and, finally, stands alone under a sky full of stars where all he can do is “try not to think / just listen to my heart.”He offers a similar, if more jocular ode to his surroundings on “Pacific Northwestern Blues,” where the Nashville-bred Earle, now relocated a few thousand miles west, laments only being able to drive 20 miles an hour due to the region’s notoriously rainy conditions. “We’re moving so slow / I’m about to lose my mind,” he complains over a loping Western swing accompaniment. Says Earle with a laugh, “I've been living in the Pacific Northwest for a while, and I’ve realized that, you know, the weather really does suck up here!”

Earle may call the Pacific Northwest his home these days, but when it came time to record TheSaint of Lost Causes he headed back to Music City. “I always say, ‘If you want whores and gambling, you go to Vegas. If you want to make records, you go to Nashville,’ ” he reasons. Earleco-produced The Saint of Lost Causes with his longtime engineer Adam Bednarik, and likewise brought in musicians that that he’s known for years, among them guitarist Joe McMahan, pedal steel player Paul Niehaus, drummer Jon Radford and Old Crow Medicine Show keyboardistCory Younts. “I'm realizing that as I'm getting older and grumpier and set in my ways, I just much more enjoy making a record on my own terms and with people I know well,” he says.

To that end, Earle also worked at a studio he knew well, even if he had never actually recorded there before. Sound Emporium is a facility steeped in music history—it was opened by CowboyJack Clement in 1969 and has hosted country luminaries like Johnny Cash and Kenny Rogers over the years—and also Earle’s own childhood. “I grew up in that neighborhood, and as a kid I used to ride my bike through the Sound Emporium parking lot,” he says. “It was always an active place in the neighborhood. So it was great to finally be able to record there.”

As for where Earle’s sound, which on The Saint of Lost Causes spans everything from traditional country, blues and folk to western swing, roots-rock and boogie-woogie, fits into the larger country music picture beyond Nashville?

“I see it the same way that Gram Parsons did,” he says. “There’s this idea of moving forward and playing with newer sounds and different modes, but at the same time making sure you keep one foot firmly planted in the past as you feel out the future. I think it’s really important to leave a trail, you know? Put down some breadcrumbs behind you.”

He’s similarly resolute when it comes to his lyrics. Ask Earle whether he is at all concerned that the bold stance he takes on The Saint of Lost Causes might raise the country-music establishment’s hackles, and he can only laugh in response.

“I've never been opposed to pissing off all the right people,” he says matter-of-factly. “But I see it two ways: If you don't like what I have to say politically or anything like that, just don't read my interviews. But you're never going to go to my shows and hear political spiel from me. We're going to play songs and have a good time, because that's what the show is all about.

“But you know,” he continues, “I'm a disciple of the Woody Guthrie school of thinking about music. I figure it’s always better to just go ahead and tell people the truth."

On The Saint of Lost Causes , Earle proves himself a songwriter and artist who is unflinching and unequivocal in his truth. 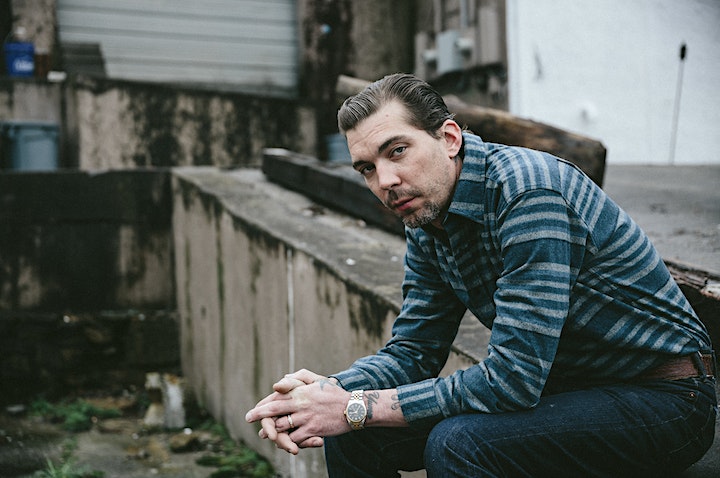 Worriers are a melodic punk band from Brooklyn, New York. The band’s music is centered around the songwriting of Lauren Denitzio, with the help of friends Mikey Erg, Nick Psillas, and Frank Piegaro, among others. They released their second LP "Survival Pop" with SideOneDummy Records in 2017 and have previously released records with Don Giovanni, No Idea and Yo-Yo Records. Worriers has toured with Against Me!, John K Samson & The Winter Wheat, Anti Flag, Julien Baker, The Wonder Years, Camp Cope, and more. Described as "a masterfully crafted punk record" by the Village Voice, Worriers' first full-length "Imaginary Life" was produced by Laura Jane Grace of Against Me! and was released on Don Giovanni Records in 2015. 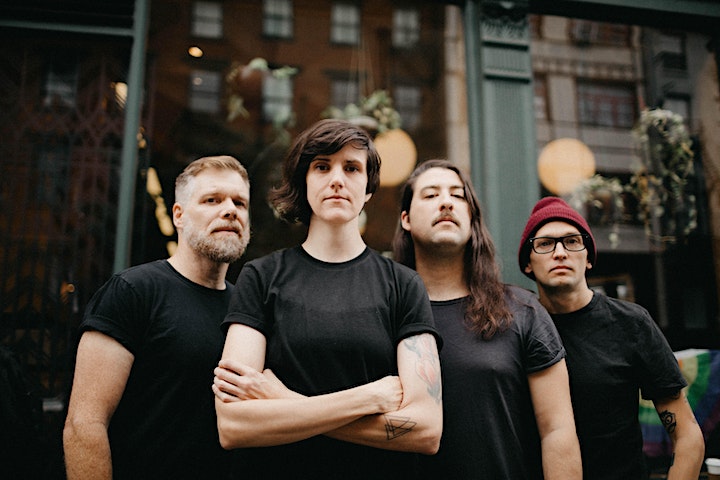