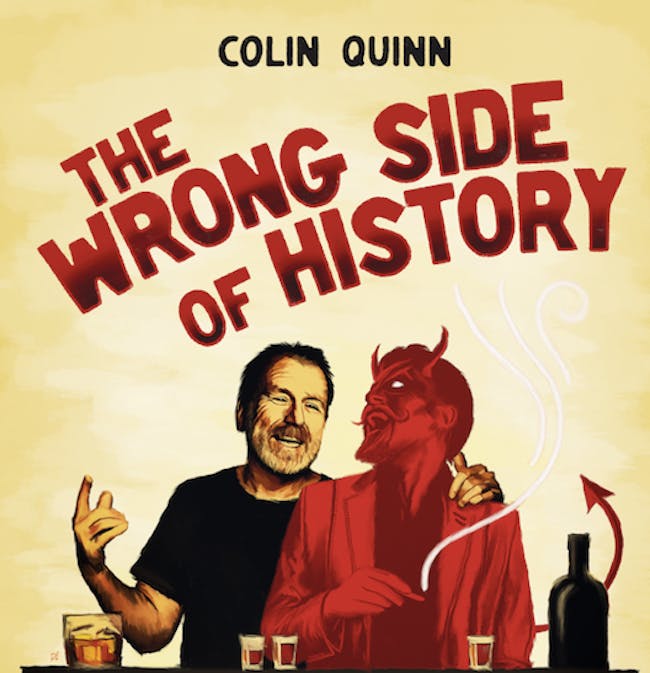 Colin Quinn: The Wrong Side of History

Prioritizing the recent health and safety concerns of fans and audience members, Colin Quinn's upcoming show at Asbury Hall on April 10th has been postponed to October 15th at 8pm. Tickets to the original show will be valid for the rescheduled date and therefore no further action on your part is necessary. For any additional questions about your tickets, please reach out to your point of purchase.

Colin Quinn is a stand-up comedian from Brooklyn (okay, Park Slope). From MTV's “Remote Control” to “SNL” to Comedy Central's "Tough Crowd with Colin Quinn," Mr. Quinn is not one to take a hint and bow out gracefully. He's been on Broadway with “Colin Quinn: An Irish Wake” and “Colin Quinn: Long Story Short” (also an HBO special) and off-Broadway with his show “Colin Quinn: Unconstitutional” (available on Netflix) and “Colin Quinn: The New York Story,” directed by Jerry Seinfeld (also available on Netflix). Recent credits include “Trainwreck,” “Girls,” and his web series “Cop Show.” His first book, “The Coloring Book,” is now out from Grand Central Publishing.

In January 2019, Colin Quinn’s newest one-man show, “Red State Blue State,” premiered to rave reviews at The Minetta Lane Theatre in New York. The special was adapted into CNN’s first comedy special in May 2019 and started streaming on Netflix in August 2019.