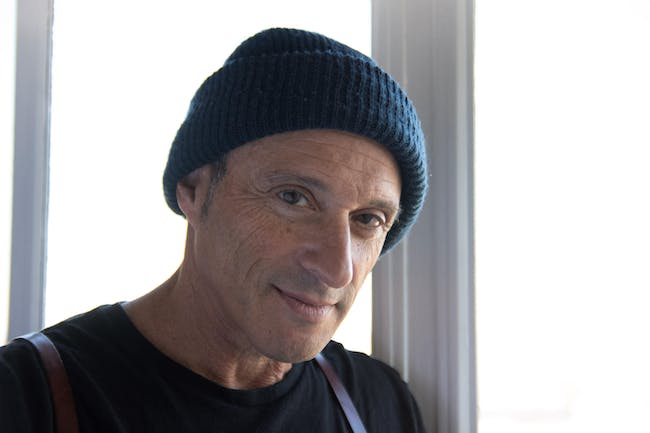 The Dan Bern show scheduled for May 14th at the 9th Ward at Babeville in Buffalo has been postponed to a TBD date. We are working on a new date and it will be announced as soon as possible. All tickets for the original date will be honored for the new date. If you have any questions or would like to request a refund now, please contact Eventbrite at attendeesupport@eventbrite.com.

PORTLAND, OR — February 19, 2020 — While Bern may be best-known for his masterpieces “Jerusalem,” “Marilyn,” and “Tiger Woods,” he has released 25 albums and EPs, and played thousands of shows across North America and Europe. He is a captivating live performer with a loyal, multi-generational following. Ani DiFranco, an early supporter of Bern’s, took him on tour with her and produced his second album, Fifty Eggs. Bern’s songs have appeared in numerous films and TV shows, and he has written original songs for the films Walk Hard — The Dewey Cox Story and Get Him to the Greek, as well as the 15-song soundtrack for Everett Ruess, Wilderness Song, a documentary produced by Jonathan Demme.

Acclaimed singer-songwriter Dan Bern is touring the US, Europe and Canada in support of his new album Regent Street released fall 2019. After losing two fingertips from an accident with a snowblower in March 2018, Bern found himself unable to play guitar for nearly a year. Turning to the piano, he found fresh perspective which led to Regent Street, a collection of eleven songs that reach new artistic heights. The title track and lead single was previously recorded by Roger Daltrey, a fan of Bern’s work, after Bern sent The Who singer a demo. “Regent Street” was recorded for this album in a style inspired by Daltrey’s version, and Bern considers it a cover of his own song. Passionate, energetic and poignant, Regent Street is a stand-out album in Bern’s impressive discography.

"What has always set Bern apart is his lyrical content," Tim Porter, PASTE explains, and this talent, combined with Bern's ability to compose an instantly appealing song, makes Regent Street a breakthrough album. Producer Jonathan Flaugher says "These songs are timely and important and hit right to the core of the moment. I believe they transcend style or whatever producing or playing happened." Passionate, energetic and poignant, Regent Street is a stand-out album in Bern’s impressive discography.

A visual artist, Bern most recently had gallery showings of his paintings in Islamorada, Florida; New York City, and San Francisco. These shows also combined live musical performances. Bern is the author of several books, including his latest, Encounters, a collection of poetry based on Bern’s chance meetings of such figures as Jimmy Carter, Bruce Springsteen, Hunter S. Thompson and Wilt Chamberlain. Bern hosts a podcast — 10,000 Crappy Songs — a radio drama of a songwriter-turned-detective. He also runs the 24/7 internet radio station, Radio Free Bernsteinn.

“Dan Bern is at the top of his game with Regent Street. Adventurous, undeniable, alive, and one of Bern's best records. I was blown away by all of it.” — Steve Almond, author and social critic, Candyfreak and the “Dear Sugar” podcast with Cheryl Strayed

“Vital, the real thing, hit it out of the park, a masterpiece.” — Kevin Hayes, Old Crow Medicine Show

"Regent Street is a true breath of fresh air. This is a big, thoughtful record for desperately confusing times." —Blake Morneau, Rags Music