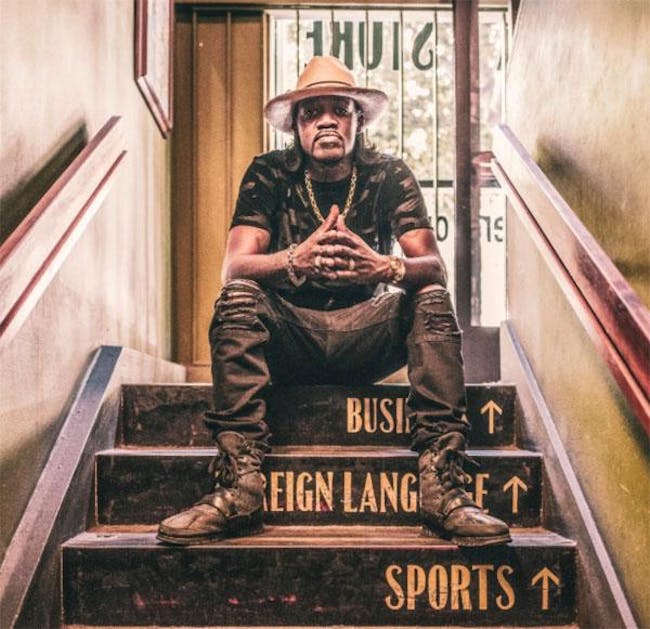 On 8th February 2019, Eric Gales returns with his brand new album ‘The Bookends’ on Provogue/Mascot Label Group and it features collaborations with B. Slade, Doyle Bramhall II and Beth Hart.

The challenge for making ‘The Bookends’ was for Gales to challenge himself. “As a guitar player it’s been established that I can play a little bit, just a little bit,” he smiles. But for this album he not only wanted to push himself as a musician, but also as a vocalist, to build up his vocal discography. “What spearheaded that was the artists that I have on the record,” he says.

Written over a nine month period, the album was recorded at Recorded at Studio Delux, Van Nuys (CA), The Dog House, Woodland Hills (CA), Blakeslee Recording, North Hollywood (CA) and the day before he was due to fly to LA for pre-production the original producer David Bianco tragically died. It was Bianco’s management who then suggested Matt Wallace. “I heard his work and the kind of people he has produced such as Maroon 5, Faith No More and all these sorta cats. When we met up together it was just perfect. I just trusted the guy and it ended up being great, I love Matt Wallace,” says Gales.

Three-time Grammy nominated and Emmy Award winning vocalist B. Slade appears on two songs, ‘Something’s Gotta Give’ and bonus track ‘Pedal to the Metal.’ “When he came in during pre-production and we were writing, it was so intense. At first I was a little afraid to sing in front of this guy, because this is what this dude does, he’s a phenomenal person and he just brought it out of me,” he says before continuing. “I don’t know if he was really aware of who I was before we met, but the day that he walked in and he heard the songs, his mind was blown. That was before he even saw me playing guitar, so when he saw me playing he said ‘in my life I ain’t never seen nobody that can play like this.’”

The notions of change (‘Reaching for a Change’, ‘Somebody Lied’) and love (‘How Do I Get You’, ‘Whatcha Gon’ Do’) are throughout the album. On ‘Something’s Gotta Give’, Slade’s and Gales vocals take turns to yearn “I tell ya people have lost their mind, happy children so hard to find, desolation all in the streets, plenty babies don’t have food to eat, hey, I ain’t preaching, that’s not my thang, I just know we’ve got to make a change.” ‘It Just Beez That Way’ features Gales beatboxing and playing Slide guitar on record for the first time.

Talking about being in the studio he elaborates; “The whole vocal thing was something I consciously wanted to push and Matt was on the same page, saying, ‘there’s gonna be sometimes you might not like me because I’m gonna push you because I feel that I know what you can do, and its more than just guitar playing’. It was just really powerful and moving.”

Doyle Bramhall II and Gales’ friendship dates back to the 1990s and Eric Clapton’s right hand man features on the triumphant ‘Southpaw Serenade’, while powerhouse vocalist Beth Hart joins Gales on a rousing rendition of ‘With A Little Help From My Friends.’ “Why that song? Well we both have similar stories,” he says. “We’re survivors you know, drug addiction and her from depression. If you’ve got the right support and you can have help from your friends it will all be awesome. It is such a powerful piece.”

Previous album ‘Middle of the Road’, was released in February 2017 and reached #1 on the iTunes Blues chart and #4 on the Billboard Blues chart. It made Classic Rock Magazine and Total Guitar albums of the year with the latter saying it was “the album that should define his career.” Classic Rock said “the notes drip from Gales’ fretboard like warm honey”, The Guitar Magazine exclaimed it’s the “the injection of danger and unpredictability that the blues-rock scene desperately needs”, Blues Matters professed “truly the man is blessed”, whilst Powerplay said “the more you listen to it the more the brilliance of Eric Gales becomes apparent.”

Since then he has toured almost non-stop; playing shows with Gary Clark Jr., Beth Hart, Gov’t Mule and called through Australia, Argentina, Chile, US and Europe – including the Rockin’ The Blues run with Gary Hoey, Quinn Sullivan and Lance Lopez. He played his first ever headline tour in the UK and Ireland to sold out crowds, took a starring role as part of Supersonic Blues Machine at the UK’s Ramblin’ Man Fair and also found time to play a one off reunion show as The Eric Gales Band. This is not to mention his collaborations with funk royalty Bootsy Collins (‘World Wide Funk’), The Apocalypse Blues Revue (Shannon Larkin/Tony Rombola of Godsmack) and Supersonic Blues Machine (‘Californisoul’).

“One of the best, if not the best guitar player in the world” Joe Bonamassa

“He is absolutely incredible” Carlos Santana

“This guy could be the best player on Earth” Mark Tremonti

“I feel the most free I’ve ever been in life, even more so than when I was a kid…you gotta help yourself man, once you can help yourself you can genuinely help someone else.” Eric Gales

“There’s a young lady [Vanessa Collier] came onstage with me, I forget where I was, but she’s playing an alto saxophone, and man, she was amazing.”

If you haven’t been fortunate enough to meet Vanessa Collier and witness one of her head-turning, fiery, and passionate performances, you should definitely make sure you do. As a master musician and multi-instrumentalist, Vanessa weaves funk, soul, rock, and blues into every powerful performance and she is downright impressive. With soulful vocals, searing saxophone, and witty songwriting, Vanessa is blazing a trail, racking up an arsenal of honours, and has already singled herself out as an artist of distinction and one we would all do well to watch.

It’s not simply the accolades she has accumulated so far, although they’ve been many — three Blues Music Award Nominations (BMAs) for Contemporary Blues Female Artist of the Year (2018) and Horn Player of the Year (2018 and 2017), a Blues Blast Award nomination, the Jammingest Pro Award bestowed by the Legendary Rhythm & Blues Cruise, First Place for lyrics in the International Songwriting Competition, Best of 2014 Blues Breaker on Dan Aykroyd’s BluesMobile — it’s the fact that she has accumulated all these honours even while her career is still in its infancy. A 2013 graduate of the prestigious Berklee College of Music, she’s toured nationally and internationally, released two critically acclaimed albums (2014’s Heart, Soul & Saxophone and 2017’s Meeting My Shadow), and will release her highly anticipated self-produced third album, Honey Up, in July 2018.

These days, Collier spends much of her time on the road, performing at some of the most prestigious music festivals in the world. Her talents have taken her to the Blues Music Awards Show where, in the words of the Blues Foundation, Vanessa “blew the doors off the Blues Music Awards!”; Ottawa Blues Festival, where she earned two front page newspaper photos and rave reviews after her foot stomping debut there; twice on the Legendary Rhythm and Blues Cruise, where she earned the Jammingest Pro Award and was a featured artist with Tommy Castro’s Blues Review; Briggs Farm Festival, where she was the “most popular Briggs Farm act in 2017” (Elmore Magazine), and the list continues. In 2017, Vanessa was also a featured artist in three major tours across Europe as part of Ruf’s 2017 Blues Caravan.

As for Collier, she says she’s happy performing on stages across the world, hoping that she can make a difference with fans and followers along the way. “I am driven to do this because I find it a total form of expression and connection,” she explains. “I love connecting with an audience and feeling their energy and I hope to inspire people to follow their dreams and passions, to find what brings them joy, and then to pursue it doggedly.” 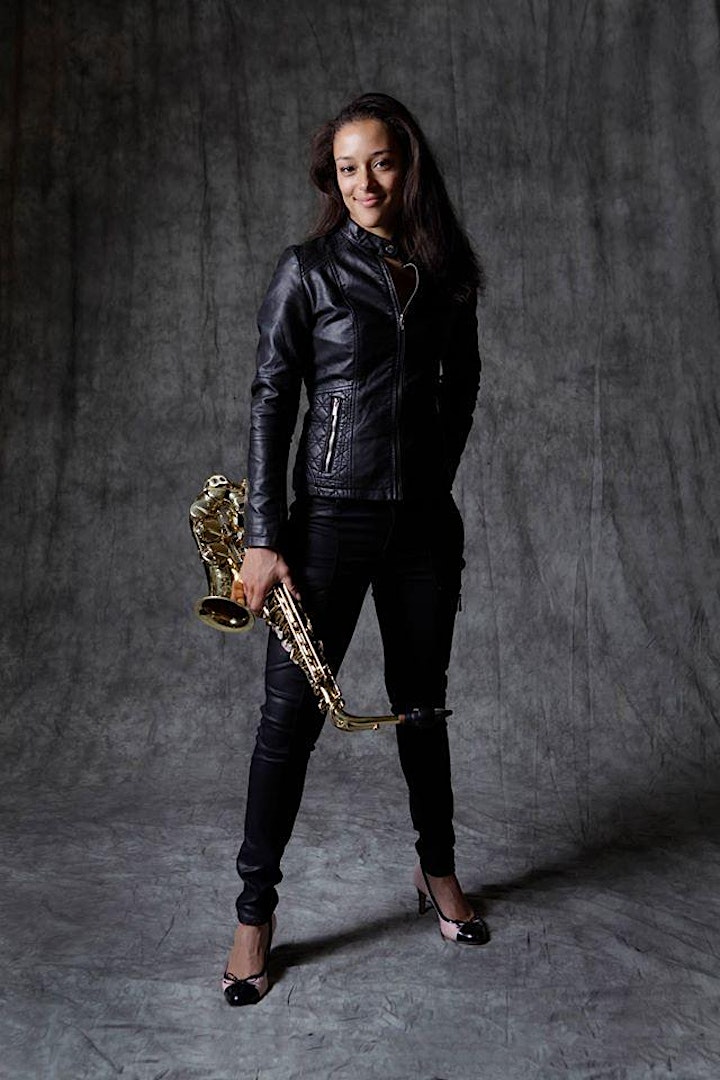