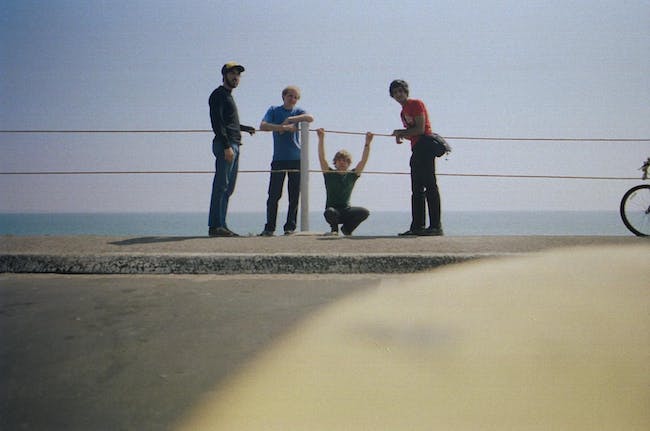 Explosions In The Sky

Explosions In The Sky

“Our band turns twenty years old this year and to celebrate we're going to be playing some shows this coming Fall. We hope to see some of you out there. And thanks so much for sticking with us for so long. We truly appreciate it.”

- Explosions in the Sky

Hailing from the sultry metropolitan landscape of Austin, TX, Explosions In The Sky are some of the most sincere folks you will ever meet. Aside from being nice guys, they play some of the most passionate, powerful instrumental music you will ever hear. Equal parts romance and tragedy, their beautiful melodies have the tendency to ignite into head-spinning walls of noise. Easily one of the most intense live bands ever, their sound proves to be every bit as triumphant as their name implies.

Chicago trio FACS was founded in 2017 by former Disappears members Brian Case and Noah Leger, along with their bandmate Jonathan van Herik. After van Herik amicably parted ways with the group just before the release of their debut album Negative Houses, Case and Leger recruited longtime friend Alianna Kalaba (Cat Power, We Ragazzi) to play bass and FACS began methodically destroying live venues across the world. Lifelike is their sophomore release; six tracks clocking in at half an hour, carrying forward the musical trail blazed by the debut towards a new frontier.

Lifelike occupies a space in between the band’s debut and Case and Leger’s work with Disappears, applying minimalism and space in compositions that reside somewhere near the realms of post-punk, art-rock, shoegaze, industrial music and post-rock. Lifelike however adds a more melodic sensibility, without sacrificing any of the debut’s punishing sonic muscle, with a discernible audial force perceivable thru the speakers (credit due to engineer Jeremy Lemos’ recording via Electrical Audio as well as John Congleton’s mixing, and Jason Ward of Chicago Mastering Service for accurately capturing the punishing heft of the band’s live sound).

Kicking off with the lumbering “Another Country”, whose opening drone lulls the listener into a trance before Leger’s drums crack the earth below. The band veers close to This Heat territory here, with Kalaba’s minimal bass throb and Case’s nearly unrecognizable guitar loops and multi-tracked voice punctuating the spaces between. Album standout “In Time” careens with purpose with cascading sheets of guitar noise over the rhythm sections ever-advancing march, while “XUXA”s melodic washes of monochrome eases the tension ever so slightly. Side two awaits, with the anxiety-ridden opener “Anti-Body” and the claustrophobic “Loom State’s clanging aura of menace. “Lifelike” closes with “Total History”, whose syrupy shuffle belies the blunt-force trauma of its closing minutes, with the sheer weight of sonic force seeming to blow out the speakers it emanates from. A phoenix returning to the ashes from whence it came.