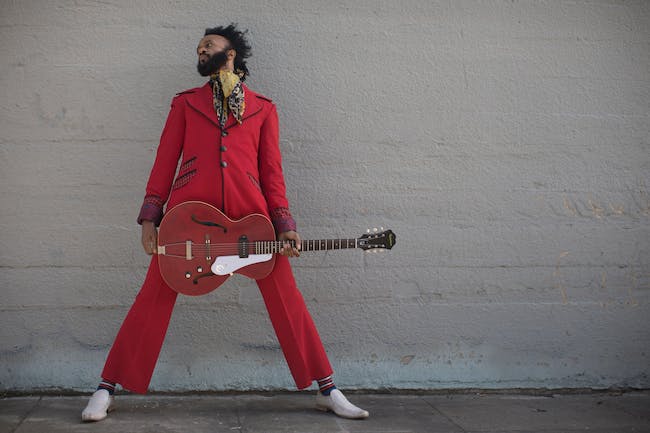 Fantastic Negrito is the incarnation of a musician who is reborn after going through a lot of awful shit. In fact, the name Fantastic Negrito represents his third rebirth, literally coming back from death this time. The narrative on this man is as important as the sound, because the narrative is the sound. Songs born from a long hard life channeled through black roots music. Slide guitar, drums, piano. Urgent, desperate, edgy. Fantastic Negrito is the story of a man who struggled to “make it”, who “got it”, who lost it all, and somehow managed to find his way back. Returning to music in 2014 by playing on the streets of Oakland, Fantastic Negrito won the inaugural NPR Tiny Desk contest. In 2016 he released his debut full length album, The Last Days of Oakland, which went on to win a Grammy in 2017 for Best Contemporary Blues Album. And this year he won his second Grammy in the same category, for his critically acclaimed new release Please Don't Be Dead. His third album Have You Lost Your Mind Yet? will be released in the summer of 2020.