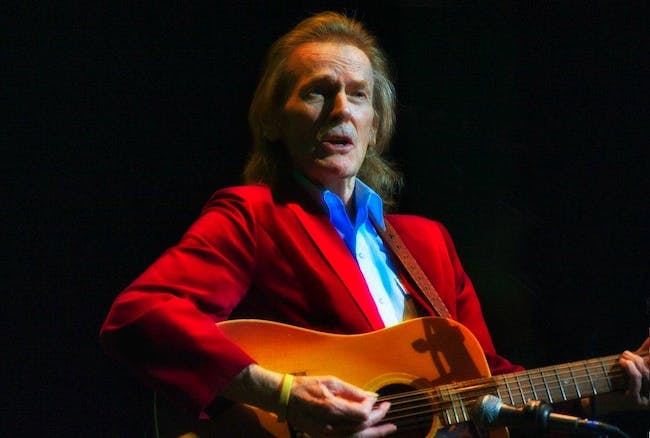 The Gordon Lightfoot shows scheduled for May 6th & 7th at the Events Gallery at Bethel Woods have been moved to November 21st & 22nd. All tickets will be honored.

Gordon Lightfoot has recorded 20 albums and has five Grammy nominations. His songs have been aired regularly for over 50 years, earning him Radio Singles Chart Positions in North America achieved by few others. Lightfoot's radio hits in the USA have earned Five #1s, Five Top 10s and Thirteen Top 40 hits. In Canada he has earned Sixteen #1s, Eighteen Top 10s and Twenty One Top 40 hits.

In his native Canada, Lightfoot has been decorated with the highest honors bestowed to a civilian including the Governor's General Award and the Companion to the Order of Canada honor of merit. He has also won 17 Juno Awards - Canada's equivalent to the Grammy Awards. Gordon is a member of Canada's Walk of Fame and The Canadian Songwriters Hall of Fame. In 2007, Canada Post honored him by issuing an official Gordon Lightfoot postage stamp. Lightfoot is also in the Canadian Music Hall of Fame and the Canadian Country Music Hall of Fame. Gordon Lightfoot is an indelible part of the Canadian national spirit and regarded as perhaps the most prolific and greatest Canadian singer-songwriter of all time.

Disclaimer: All dates, acts, times and ticket prices are subject to change without notice at any time. Ticket prices may increase on the day of the show.