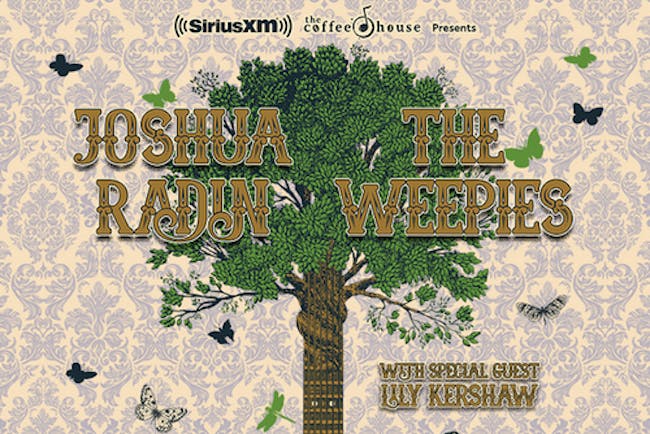 Hailed for his emotive, heartfelt songs delivered via his signature 'whisper' soothing vocals, Radin has been captivating audiences worldwide throughout his long career. His songs have been featured in over 150 films, commercials and television shows. He has garnered critical acclaim from Rolling Stone, ABC News, Elle, Guitar World, The Guardian and more. His TV performances include Ellen DeGeneres, Conan and Jimmy Kimmel Live. His music is a staple on Sirius XM's Coffee House who sponsored his 2017 summer tour. The Fall, his most recent studio album was released in 2017.Radin is putting finishing touches on a new album which is due later this year.

Indie/pop/folk duo The Weepies (singer/songwriters Deb Talan and Steve Tannen) have sold more than a million singles and half a million albums; their engaging songwriting has sent them to the top of the folk charts in a dozen countries. With more than 250 film, TV and media placements, they are one of the most licensed contemporary music groups in the world. They enjoy over 100 million Spotify streams and have sold out theaters across the US.