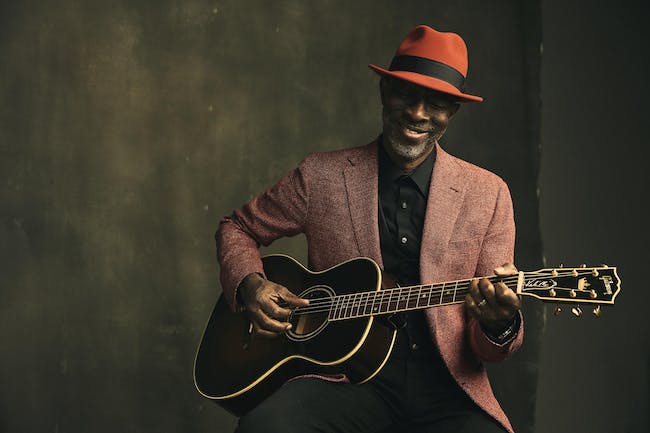 This year Keb’ Mo’ is celebrating his 25th Anniversary year of performing under the moniker, with the release of two albums, Oklahoma (June 14) and Moonlight, Mistletoe, And You (Oct. 11), Keb’s first ever holiday album released throughout his lengthy and successful career. This fall, Keb’ Mo’ will embark on a holiday tour, Jingle Bell Jamboree, which will feature the four-time Grammy-award winning contemporary Blues and Americana artist performing songs off of Moonlight, Mistletoe, And You.

Over the years, Keb’ Mo' has cultivated a reputation as a modern master of American roots music through the understated excellence of his live and studio performances. From performing in front of President Barack Obama at the White House to the LA Forum with Garth Brooks, Keb’ Mo’ is keeping the Blues alive with the ability to demand the attention of broad audiences spanning the globe. B.B. King, Buddy Guy, the Dixie Chicks, Joe Cocker, Robert Palmer and Tom Jones have all recorded his songs while his list of collaborators include Bonnie Raitt, Jackson Brown, Cassandra Wilson, Amy Grant, Solomon Burke, and many others.

The multi-talented artist has worked in TV and film as well, having written and performed the theme song for the smash sitcom, “Mike & Molly,” and acting as the music composer for TV’s “Memphis Beat.” He also played Robert Johnson in the 1998 documentary “Can’t You Hear The Wind Howl,” while also appearing on “Touched By an Angel,” and John Sayles’ 2007 movie, “Honeydripper.”

Philanthropy is high on the priority list for Keb’ who has been involved with Playing For Change since it’s inception, a program created to inspire, connect and bring peace to the world through music. Additionally, Keb’ is a celebrity mentor with the Kennedy Center’s Turnaround Arts program, a highly successful program began under the guidance of Michelle Obama where artists work as mentors, working with teachers, students, parents and the community to help build a successful arts education program.