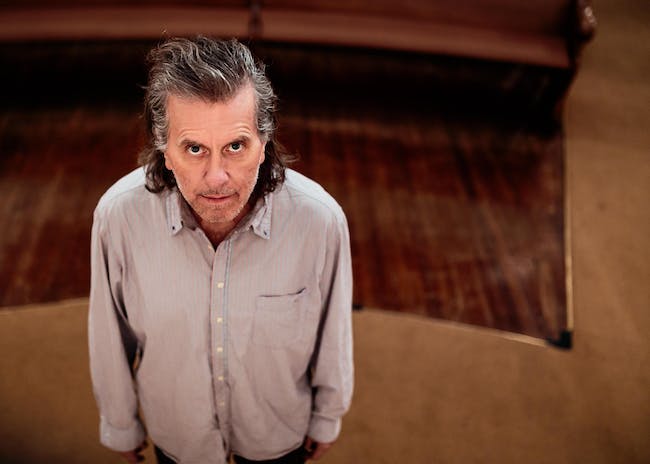 Acclaimed singer-songwriter Mark Mulcahy returns with his brand-new LP, ‘The Gus’, will be available on Friday July 5 on the Mezzotint Label. The Gus is Mulcahy’s sixth solo record and follows 2017’s dynamic The Possum in the Driveway and his celebrated 2013 return record, Dear Mark J Mulcahy I Love You

Long heralded by contemporary luminaries like Radiohead’s Thom Yorke and covered by touchstone artists such as The National and R.E.M.’s Michael Stipe, Mulcahy refuses to rest on laurels and turn out the same type of album twice. Inspired to “up his lyrical game” while reading a collection of short fiction by George Saunders, The Gus finds the songwriter channeling his eclectic voice and ear for melody into the role of storyteller more than ever before. The result is ten infectious songs that combine Mulcahy’s unique window on the world with stories that absorb listeners more with each spin.

In addition to his celebrated solo career, audiences may also know Mulcahy as the frontman of seminal ‘80s rock band Miracle Legion or as “Muggy Polaris,” ringleader of Polaris, the fictional house band of the beloved ‘90s Nickelodeon series The Adventures of Pete & Pete. Both Miracle Legion and Polaris have reunited in recent years to tour and will likely do it again.

‘Mulcahy is a heavy-duty Randy Newman for our times’ - **** MOJO