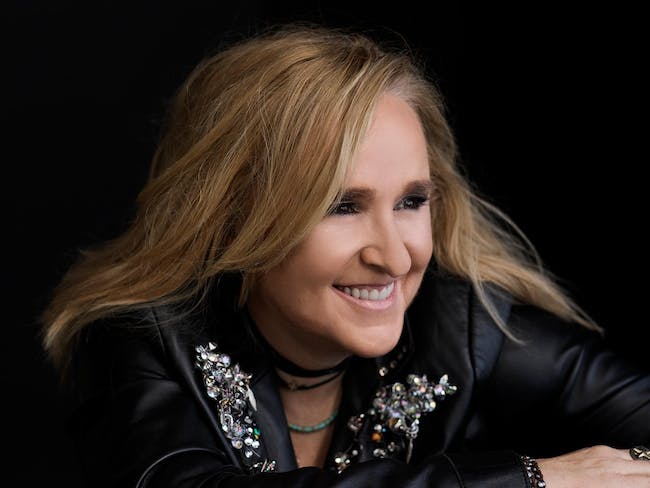 “I thought long and hard about the first impression of this album,” says Melissa Etheridge about the choice of the title track to lead off her new album, The Medicine Show.

“It’s very different from any of the other songs on the album,” she says. “Yet it has so much to do with where I’m at right now. I just wanted to go POW! Hit things right off. BAM!”

And hit it does. The song opens the album with power and force, roaringly loud guitars, banging drums amassed with fire and intensity by producer John Shanks. And in front of this, Etheridge puts out the call like a 21st century carnival barker:

Let’s all go to the medicine show!

And that medicine? Etheridge is not coy. Which is the point.

“Calling the album The Medicine Show puts straight up, front and center, that this is about health, wellness, cannabis, this new thought, new paradigm, however you want to talk about it, however you want to understand it. It influences every song on the album. We’re not afraid of this any more. We’ve come a long way.”

It’s an album of renewal, of reconciliation, of reckoning, of compassion and, most profoundly, of healing.

These, of course, are themes that have run through Etheridge’s career, core to the vision and drive that has brought her fifteen Grammy Awards nominations and two wins, an Academy Award for “I Need to Wake Up” from the climate change documentary An Inconvenient Truth and has fueled her life’s work as an activist for human rights, LGBTQ issues, breast cancer awareness and alternative medical approaches.

With this, her 14th studio album, she brings it all to new levels of artistry. The songs of The Medicine Show are inspired by acts of kindness, love, resilience and bravery on all levels. “Human Chain,” with its Memphis soul vibe, is of people coming together to help one in need. The album-closing “Last Hello” draws on the incredible strengths and courage shown by the survivors of the Parkland school shootings. Other songs take a look-in-the-mirror stance about overcoming a wide range of challenges and adversities, of rising above with equal measures of love and fortitude.

The healing builds on the musical medicine of its two predecessors, 2014’s exuberantly expressive This is M.E. and 2016’s joyous trip through the cherished history of the iconic Stax Records legacy, Memphis Rock and Soul.

“I had done This is M.E., an outward journey of myself and then of course straight back to my roots doing Memphis Rock and Soul,” she says. “The last few years I have loved what I’ve done, the tours with different bands, loved each version of it. When I started this at the end of 2017, everything in me was saying, ‘I want to do what I’ve always done, see where I’m at, write some songs from that and go make them.”

Renewed and recharged, Etheridge dove into creating new songs, holing up in a Nashville basement studio owned by her friend, bassist David Santos. Working alone, she created music for 11 tracks, then went home and wrote lyrics — “pages and pages, the way I always do” — and the songs came into shape. Through the songs she processed the deep fears and hurting she saw in the nation on collective and personal levels (“Shaking” about the national anxiety, “Here Comes the Pain” personalizing the opioid crisis) and the hope for healing she embraces so deeply (the unifying “Human Chain,” the rocking, anthemic “Love Will Live”) with the empathic depths for which she’s known, framing it all with songs as intimate as she’s every written.

About a month later, Shanks happened to hear Etheridge singing in a special event at the NAMM music gear convention in Anaheim and after a little chat backstage invited her to his new studio. When she played the new songs for Shanks, who had produced her Breakdown, Lucky and Fearless Love albums and remained a close friend, the two quickly decided to work together again. Etheridge is up front not just with her signature emotive vocal power, but plays all the lead guitar parts, from tender on “Suede” (“a good old-fashioned love song,” she says) to funky on “Human Chain” to explosive on “Love Will Live.”

Shanks teamed her with the tight, lean trio of drummer Victor Indrizzo, bassist Chris Chaney and keyboardist Max Hart. The sessions were done largely live in studio, capturing the intimate immediacy and crisp vibrancy of the material, the performances sparkling with bold colors. Shanks extended the arrangements on many of the songs with his guitar and for the ballad “I Know You Know” brought in electronic strings orchestrated by David Campbell, whose hundreds of acclaimed credits include work last year with Barbra Streisand and Paul McCartney, as well as past works for Adele, Garth Brooks, Beyoncé, Billy Joel, Maroon 5 and Beck.

“It’s a grown-up relationship we’re talking about!” she says.

For many of the songs, Etheridge found herself exploring themes of her past, but with new perspectives. That’s profound on the album’s second song, “Wild and Lonely,” a song about wanting to break out of routines, to reach for the extraordinary — “an angry craving seeps into my skin,” she sings.

“That was like Old School Melissa,” she says. “It’s fun for me to play with ‘me’ now, for 57-year-old Melissa to play with the angst. The whole song is about being on the road, being hungry, wanting.”

Paired with the title song, it fully sets the tone for the album, sonically and emotionally.

“I wanted the album to have a sound, a feel,” she says. “‘Wild and Lonely’ really dialed that in for me. When I was doing the demos in Nashville, I wanted drums like Mick Fleetwood, you put the wallet on the snare and it’s thud thud thud. John and Victor came up with that, and the song is a perfect example of the sound I wanted.”

And with that, things are off and running.

“Then you start the show,” she says. “Let me set the emotional table here. We’re uneasy. We’re digging, we’re deep.”

She cites a couplet from the lyrics:

Don’t you wanna save me?

Don’t You wanna stone me?

“Let’s open our consciousness and look at the last two years we’ve been living and talk about it one on one, talk about the similarities we all have,” she says. “That’s where you jump off into the album.”

The jump goes right into the angst and anxiety of the age. “A laugh or a scream, everything’s extreme,” she sings in the vertiginous “Shaking,” the song ending with her having to remind herself, and us, simply to breathe.

“It’s about a bunch of things,” she says. “What it’s like after the election, to wake up every morning and go, ‘AHHHH!’ This feeling I thought I’d be all done with by now. ‘Oh my God! What’s going to happen?’ All the way down from our politics into my own personal business and life. So I sat down and wrote ‘Shaking.’ I thought, ‘I’m going to get all this out and if nothing else I’ll get a song out of it.’ I wrote that in one afternoon!”

But again, the album is about both pain and healing. About finding balance, finding hope. That’s most profoundly embodied in “Human Chain,” clearly showing the impact of her Memphis foray, its churchy funk and elevated spirit powered by a boisterous guitar riff and Etheridge’s unflagging belief in hope and redemption.

“Right as everything started going crazy in 2017, with the division and racism and hatred coming to the surface, I would find these little stories on Twitter and everywhere,” she says. “There was one with a man in France, I think, stuck in the ocean in a riptide and the water was about to take him, and the people on the beach noticed him and made a human chain and pulled him in. I thought, ‘That’s who we are! I wrote in my notebook, ‘The Human Chain.’ Then I kept it simple with the feel and lyrics. You see something like that and it breaks your heart. We are so much more loving than we are fearful. It’s time to come together.” 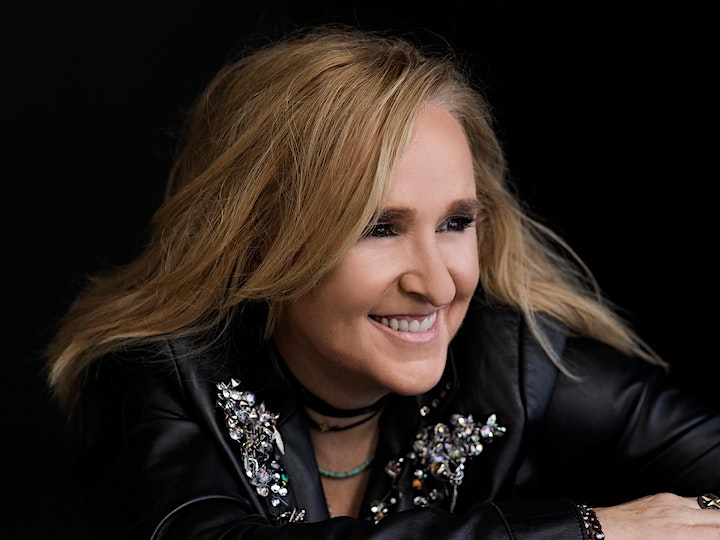