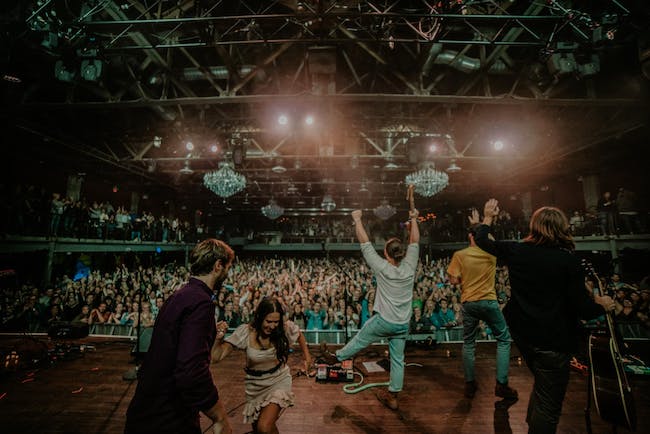 Mt. Joy will be doing Two 50min sets with no repeated songs between the two sets. The first set will air Thursday, July 23rd and the second set on Thursday, August 6th at 7:30pm EST.

PREorder cost: $12 per show, or bundle both together for $20

When you purchase either or both sets you will be able to watch them on the platform for up to 72hrs after the set streams live.

These streams were shot live with 6 high-quality cameras the weekend of our album release in Los Angeles, and the sound was engineered and mixed by Caleb Nelson who produced the original Astrovan, Sheep, and Cardinal. This was the first time we met up as a band since our tour with The Lumineers was cut short in March. We’re so excited to finally share our new (and old!) record with you live. Get your tickets NOW!