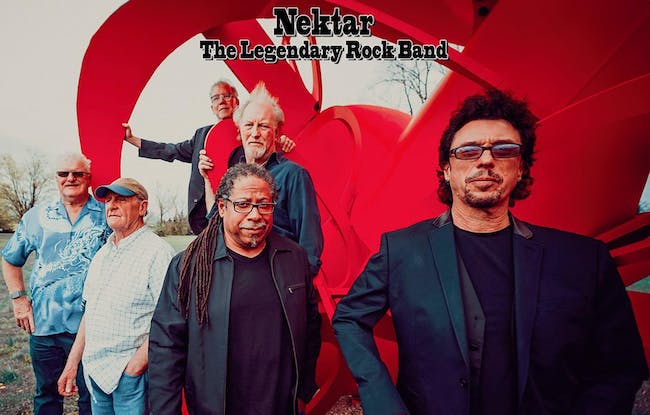 Nektar's contribution over the last 49 years has quite rightly earned them their place in any 'Progressive Rock Hall of Fame'. But the band is much more than a 'Prog Legend', the Nektar brand of innovative composition, performance and visuals is simply unique.

Nektar's history appeared to have been written when they finally split in the early eighties. Despite attempts to re-kindle the flame, the Nektar light, it seemed, was out . . . . until that is, the year 2000.

The new millennium saw the long awaited reunion tour of the classic line up, to rave reviews and fantastic receptions. The light we thought was out, had in fact been kept aglow - by loyal fans across the globe.

Sixteen years on and the family has grown a little, but the classic Nektar spirit is still very much alive, building on the band's rediscovered popularity. The Nektar family is determined to continue bringing Nektar music to you around the world. 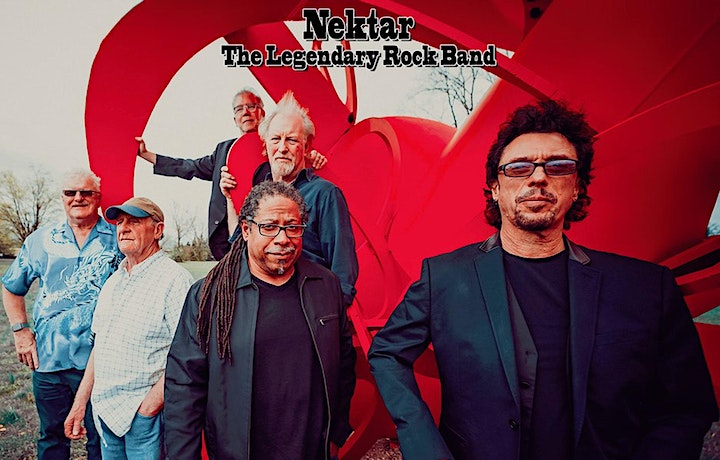