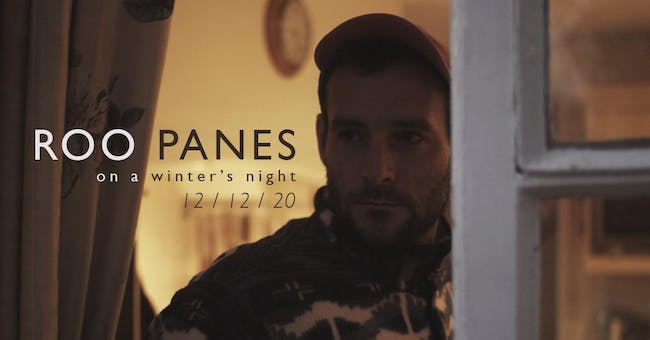 A documentary style livestream show featuring new and old songs in a fun and intimate acoustic show, complete with slippers and wooly hats, filmed at a cozy cottage in the British countryside.

Since releasing his debut album 'Little Giant' (2014) and 'Paperweights' (2016), both to critical acclaim, Roo Panes has racked up an excess of 250M+ plays across streaming services. His highly anticipated third album 'Quiet Man' was released June 2018 and saw Roo once again work with renowned producer Chris Bond (Ben Howard, Nick Mulvey). Described as "A British Icon in the making at the top of his game," 'Quiet Man' is an intimate and emotional album that shows why Panes is one of the most critically acclaimed folk acts in the UK.

Roo Panes' music is succinct, honest songwriting, from a place of deep personal expression, resonating with universal truths and values. His is a deep voice, one that sounds aged beyond its years, and yet, it's telling of timeless stories, endless heartache and forever love. It asks that we all find the right way to see the world around us.