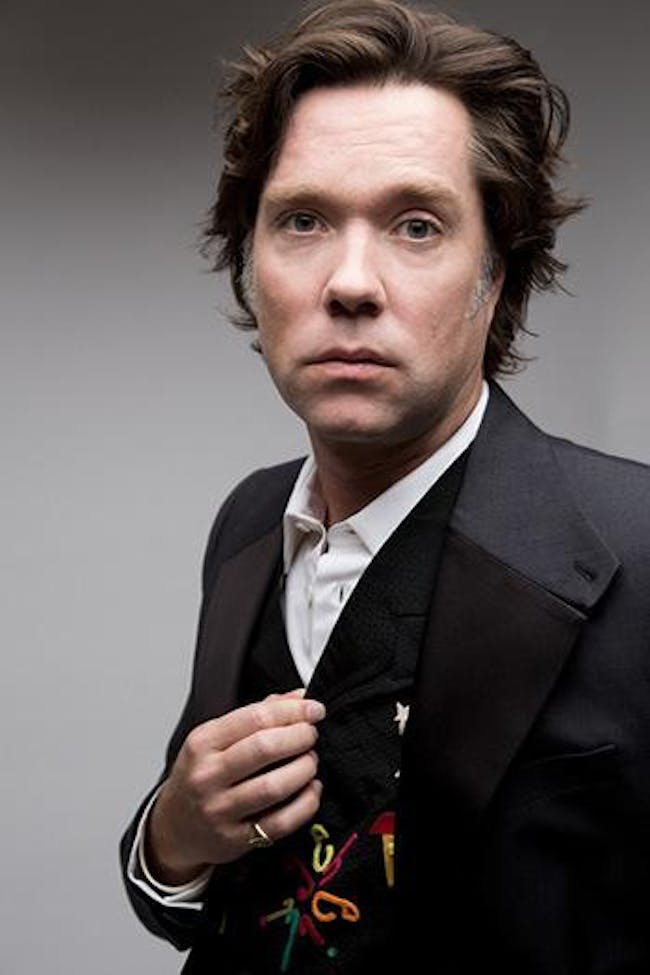 Rufus Wainwright, one of the great male vocalists, composers, and songwriters of his generation, has released eight studio albums, three DVDs, and three live albums. He has collaborated with artists ranging from Elton John, David Byrne, Robbie Williams Mark Ronson, Joni Mitchell to Burt Bacharach. His album “Rufus Does Judy” recorded at Carnegie Hall in 2006 was nominated for a Grammy.

His acclaimed first opera, Prima Donna, premiered at the Manchester International Festival in July 2009 and has since been presented in London, Toronto and BAM in New York. This summer it will be performed at the Armel Opera Festival in Hungary and Augsburg Theatre in Germany. In 2015, Deutsche Grammaphon released a studio recording of the opera recorded with the BBC Symphony Orchestra. Rufus celebrated the 400th anniversary of Shakespeare’s death with the release of his latest album Take All My Loves.