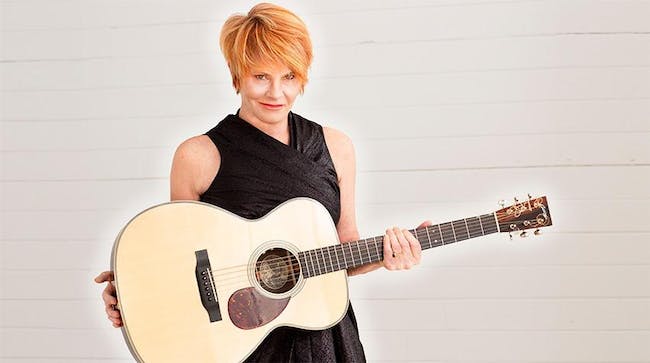 iCal
Google
Shawn Colvin performing Steady On Acoustic in its entirety, plus other favorites “with special guest, Daphne Willis”

“…extraordinary songs, mesmerising guitar playing, and a voice that goes effortlessly from bruise-tender to scar-hard in a matter of minutes… her lyrics are crafted and clever, full of subtlety and polished phrases…With delicious sarcasm and acerbic stories, she held the audience spellbound… her songs are so personal to her that they speak to everyone who listens.” – The Guardian

In an era when female singer-songwriters are ever more ubiquitous, Shawn Colvin stands out as a singular and enduring talent. Her songs are slow-release works of craft and catharsis that become treasured, lifetime companions for their listeners. As a storyteller, Colvin is both keen and warm-hearted, leavening even the toughest tales with tenderness, empathy, and a searing sense of humor. In the nearly 30 years since the release of her debut album, Colvin has won three GRAMMY Awards, released twelve albums, written a critically acclaimed memoir, maintained a non-stop national and international touring schedule, appeared on countless television and radio programs, had her songs featured in major motion pictures and created a remarkable canon of work.

Colvin was born in Vermillion, South Dakota, where she lived until she was eight. A small-town childhood in the university town of Carbondale, IL. drew her to the guitar by the age of 10. She made her first public appearance on campus at the University of Illinois at age 15. By the late 1970’s Colvin was singing in a Western Swing band in Austin, Texas—the city she now calls home. Moving to New York at the decade’s end she remained in the country music field as a member of the Buddy Miller Band where she met producer, guitarist and co-writer John Leventhal. Leventhal inspired Colvin to find her own voice as a songwriter. She began honing her skill and was soon signed to Columbia Records. Her first album, Steady On, produced by Leventhal, won the GRAMMY Award for Best Contemporary Folk Recording.

Colvin continued to win fans and critics with her subsequent releases, Fat City (1992) and Cover Girl (1994). In 1996, she released A Few Small Repairs (1996), which would prove to be her breakthrough. The song “Sunny Came Home” gave Colvin a Top 10 hit, a platinum-selling album and two of GRAMMY’s biggest honors: Record of the Year and Song of the Year.

Holiday Songs And Lullabies (1998), recorded while Colvin was eight months pregnant with her daughter Caledonia, followed. Her next studio album, Whole New You (2001) found Colvin examining new motherhood and the responsibilities of family. These Four Walls (2006) was lauded by People Magazine as “the most self-assured album of her career” and “one for the ages” by the Washington Post. The Austin-American Statesman called it “an exquisite portrait of strength and vulnerability.”

Shawn Colvin Live (2009), was recorded during a special three-night engagement at San Francisco’s famous jazz club, Yoshi’s. Live captures the beauty and intimacy of Colvin’s performances, showcasing her inimitable voice and matchless guitar stylings. Praised by both critics and fans, the album was honored with a GRAMMY Award nomination for Best Contemporary Folk Recording.

The release of All Fall Down was simultaneous with that of her William Morrow/Harper Collins–published memoir, Diamond In The Rough. Diamond in the Rough looks back over a rich lifetime of highs and lows with stunning insight and candor. Through its pages we witness the inspiring story of a woman honing her artistry, finding her voice, and making herself whole.

Uncovered (2015) is the long-awaited follow up to fan-favorite Cover Girl. Its twelve tunes include masterful interpretations of songs by Bruce Springsteen, Paul Simon, Tom Waits, Stevie Wonder, Robbie Robertson and Graham Nash – and more – but in their selection and delivery they are pure Shawn Colvin.

In June 2016, Shawn Colvin and longtime friend Steve Earle united to release, Colvin & Earle, their acclaimed self-titled duo album. Produced by Buddy Miller, Colvin & Earle beautifully captures the pair’s extraordinary chemistry and is a true standout in careers already filled with pinnacles and masterpieces. The album received high praise from critics – NPR asserted that the duo “Elevated their collaboration to the level of top-flight album-making, bringing seemingly opposing impulses to the process.”

Colvin was recognized for her career accomplishments when she was honored with the Lifetime Achievement Trailblazer Award at the 2016 Americana Honors and Awards Show. Presenting her with this prestigious award was Bonnie Raitt. Said Raitt, “She’s simply one of the best singers I’ve ever heard — and a truly gifted and deep songwriter and guitarist… She was groundbreaking when she emerged and continues to inspire me and the legions of fans and other singer/songwriters coming up in her wake”

2018 saw the release of The Starlighter (Amazon Music), a new album of songs adapted from the children’s music book “Lullabies and Night Songs.” The Starlighters mixes traditional numbers and children’s standards in an elegant and graceful musical offering that resonates with the warmth and tenderness of poignant familial experience and remembrance. The result is an album that captures the magic and mystery of children’s lullabies in a moving and timeless musical offering.

In September 2019, to commemorate the 30th anniversary of the release of Steady On, Colvin will be releasing a special, newly-recorded all acoustic version of that landmark album. 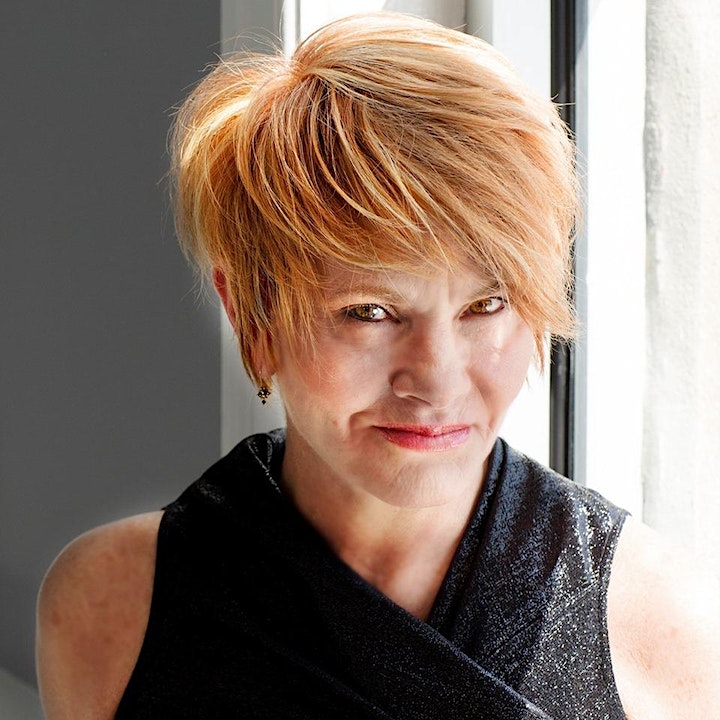 There is something real and raw that emanates from Daphne Willis when she performs. Her songs and her voice convey hope and compassion for others; her lyrics are sincere, compelling and relevant. She has a critical message to relay to others when she speaks and performs to her audiences nationwide.

Raised in Chicago, Daphne now calls Los Angeles home after living in both Nashville and NYC. Willis cites influences as varied as Ella Fitzgerald, The Beatles and Eminem. Her musical output cleverly incorporates such inspirations into a style that crosses multiple genres ranging from Acoustic to Pop to Hip Hop to R&B, yet is refreshing and singularly her own.

In early 2016, Daphne caught the eyes and ears of Sony/ATV Music Publishing who quickly signed her to a worldwide publishing agreement. Their partnership has resulted in several of her songs being recorded by other artists and used in Commercial, Film and TV productions such as One Tree Hill, Four Weddings and a Funeral (2019), Empire, Samsung, Royal Caribbean, Target, Clinique and Microsoft Ad Campaigns and Volkswagen/Women’s World Cup.

Daphne has also dedicated her artist platform to defeating the stigma around mental health, addiction recovery, trauma and family dysfunction. Her famed “Somebody's Someone” has fast become an anthem for the addiction recovery community. The song, a heartfelt call for kindness and compassion for those suffering with addiction, is a loving reminder that we are all human, we are all ‘somebody's someone.’

A prolific writer and performer, Daphne has released four albums to date and will release 5 new singles in the coming months. 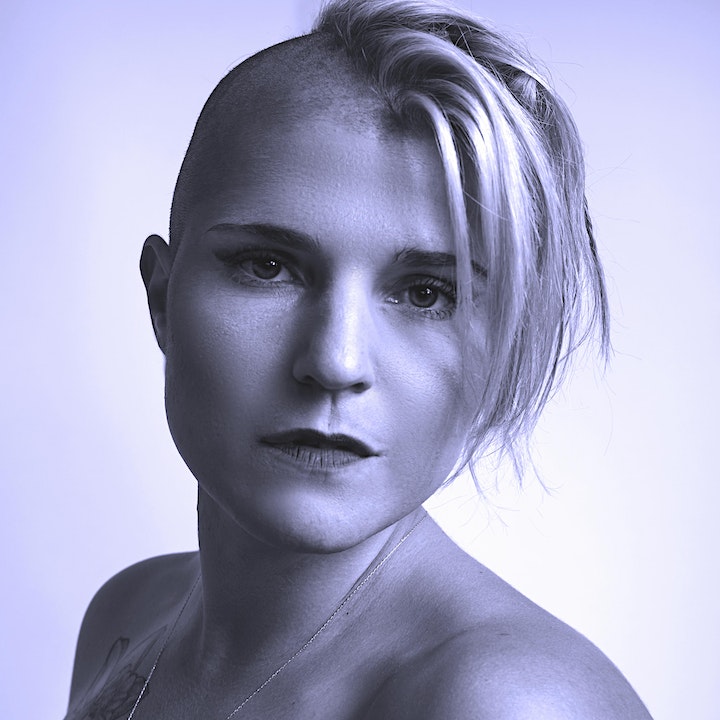