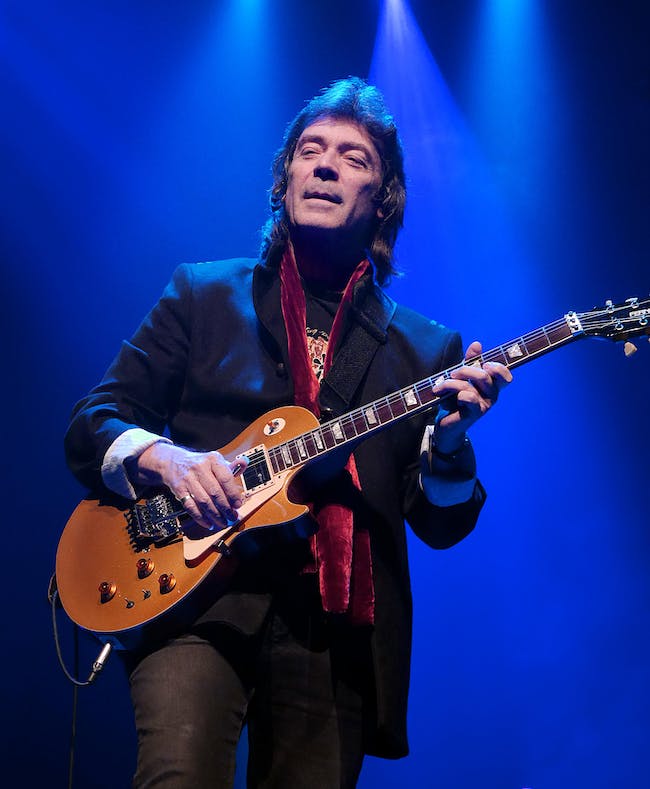 STEVE HACKETT is renowned as an immensely talented and innovative rock musician. He was lead guitarist with GENESIS as part of their classic line up with Gabriel, Collins, Banks and Rutherford, that produced acclaimed albums such as SELLING ENGLAND BY THE POUND. With Steve's extraordinary versatility in both his electric guitar playing and his composing, he involves influences from many genres, including Jazz, World Music and Blues. He is equally adept in his classical albums.

With GENESIS, Steve's guitar playing produced some of the most memorable moments, from the sensitivity of his acoustic sound on Horizons and Blood on the Rooftops to the dramatic rock guitar solos of Firth of Fifth and Fountain of Salmacis. As he embarked on his solo career he developed his exceptional range, pushing musical boundaries into exciting areas, inventing new sounds and also techniques such as 'tapping'.