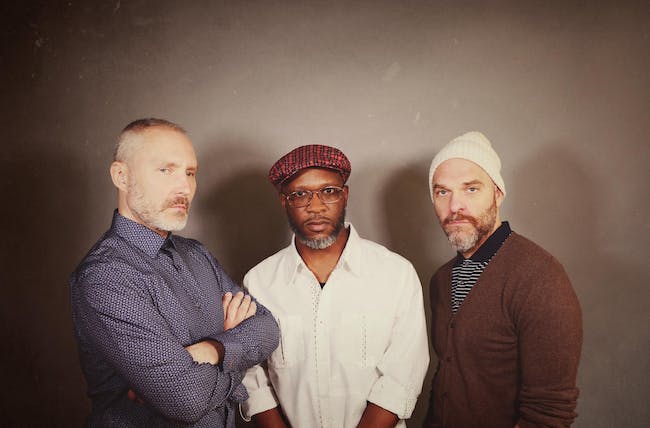 iCal
Google
The Bad Plus and The Long Now appearing at The Hangar Theatre in Ithaca, NY

Since its outset, iconic trio The Bad Plus has dared to be different, challenging all preconceived notions of jazz. Through a provocative style of arrangements and compositions they call “avant-garde populism”, their unique blend of influences, ranging from experimental jazz, indie rock, pop, and classical music has earned this “audacious, rule-breaking jazz trio” (Billboard) a reputation as one of the most universally well-respected bands in jazz today. The intensely collaborative trio has constantly searched for rules to break and boundaries to cross, bridging genres and techniques while exploring the infinite possibilities of three exceptional musicians working in perfect sync.

2018 heralded a new and exciting chapter for the band consisting of founding members Reid Anderson (bass) and Dave King (drums) and new member Orrin Evans (piano) — a group of passionate collaborators with no single “leader.” Never Stop II is the first full-length release from this lineup, comprised entirely of original music with each member contributing fresh compositions. The New York Times calls it “an exhilarating document” that sparks an exciting new journey for the iconic group. The BBC summed up the band best when they said, “from album to album, The Bad Plus continues to evolve and improve.” They will never stop doing just that.

The Long Now is a contemporary jazz trio from Ithaca, NY, playing original music composed by guitarist Ryan Vanderhoof and arranged with drummer Matt Saccuccimorano and bassist Brian Dozoretz. The trio formed in early 2019 and quickly amassed a lengthy set of original material that is at it’s core richly melodic, nuanced, diverse in color, form and ‘texture’, while maintaining a thread of spontaneity and creative introspection throughout. Influences range from the forefathers of jazz and 19th century classical music, through and to the innovative voices of today in jazz, classical, rock and popular music. Ryan Vanderhoof is a former and founding member of experimental rock group Akron/ Family of Young God Records, Brooklyn, NY, with whom he composed five albums of original material and toured the United States, Canada and Europe extensively, performing with bands such as The Flaming Lips, Deerhoof, Grizzly Bear and Animal Collective. Extensive improvisation and subtle songwriting with Akron/Family, combined with training in Robert Fripp’s international ’Guitar Circle’ courses, seven years at a Buddhist commune and a degree in classical guitar come together in Ryan’s compositions that shape the sound of The Long Now. Drummer Matt Saccuccimorano and bassist Brian Dozoretz have been working together as a rhythm section in a variety of genres for over a decade. Both also being professional recording engineers they are subtly in tune with the craft and nuance of composition, and are constantly seeking fresh and deeper interpretation of the music. Their experiences as both musicians and audio engineers include working with a vast array of artists including Charlie Haden, Dr. John, Plastic Nebraska, Missy Elliot to name just a few. They bring their intuitive insight from years of working together and with other talented musicians to full effect in The Long Now.