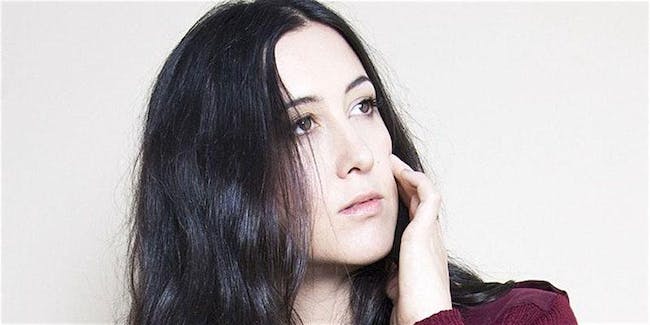 Carlton’s passion for music stemmed from the age of two when she visited Disneyland Park and returned wanting to play “It’s a Small World” on piano. During her childhood Carlton received piano lessons and from her mother, however by the age of nine her focus had turned to ballet and later enrolled at the School of American Ballet. Eventually the formality and discipline of ballet began to take its toll and Carlton subsequently looked towards music, especially of the alt-pop genre, to utilise her extensive talents. Following a period at Columbia University and waiting tables in New York City’s Hell’s Kitchen, the singer began playing open-mic events and feeling more comfortable performing in front of others.

In 2001 Carlton signed with A&M Records whose president Ron Fair was personally interested in the singer’s output. Vanessa Carlton released her debut hit single “A Thousand Miles” in 2002 earning three Grammy nominations, a host of pop and college radio play, and charting at No. 5 on the Billboard 200. The corresponding album “Be Not Nobody” arrived shortly afterwards spawning the subsequent singles “Ordinary Day” and “Pretty Baby”. Carlton supported the record with a national tour in support of Goo Goo Dolls and Third Eye Blind, before headlining her own tour towards the tail-end of 2002.

Following a series of contributions to the music of Counting Crows, Kimya Dawson, and Zucchero, Carlton issued her sophomore full-length “Harmonium” in November 2004. The album, produced by Stephan Jenkins of Third Blind Eye, proved to be more the result of Carlton's creative vision than her debut, however failed the match the commercial success. Debuting at No. 33 on the Billboard 200, “Harmonium” spawned the single “White Houses” and was toured alongside the Cary Brothers and Ari Hest. The full-length “Heroes & Thieves” arrived in October 2007 led by the singles “Nolita Fairytale” and “Hands on Me”. With production from Irv Gotti and Linda Perry, the record performed poorly in the charts, however earned positive reviews from the critical press. Carlton’s fourth full-length “Rabbits on the Run” was issued by Razor & Tie in July 2011, followed by the Christmas EP “Hear the Bells” in November that year.